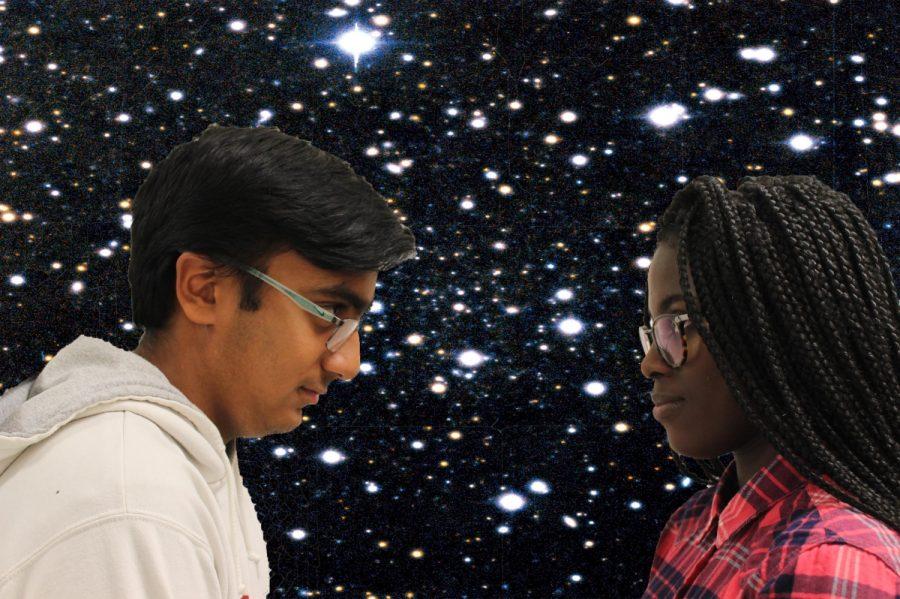 Horoscope Schmoroscope
You wake up and the first thing you do is grab your phone to see what your horoscope has in store. It says, “Today the stars are aligned and will send you postive vibes. Make sure to stay away from people you haven’t seen in a long time, they can be harmful to your well being.” Do you really believe this to be true?

Subscribing to the idea the positioning of the stars dictates the conditions of your life is ludicrous. Things such as what you’re going to eat or who you should talk to could not pertain to  every person’s life who has the same sign. Horoscopes are a number game, and the prediction for each sign could not possibly apply to each and every person within that zodiac. Horoscopes make vague statements in attempt to fit every individual.

In a way, they are like fortune cookies they are so ambiguous, they begin to not make sense anymore. The mood of the individual, or the outcome of their day should not be determined by a simple magazine or website. It is up to these individuals to determine their own personal experiences, good or bad.

Horoscopes also restrict people to a fixed set of traits. Every human is unique and grouping them together with certain characteristics is stereotyping and wrong. Horoscopes should not make someone feel this way. An individual could have different personality traits from each sign. This just goes to show why horoscopes cannot apply to every person who are within that zodiac.

Written in the Stars
Despite the misconceptions, astrology is more than the weekly horoscope one would find in Cosmopolitan.

In short, astrology is the study of planets and how they relate to a someone’s personality. This means the generic weekly horoscope doesn’t do the signs justice. What is shown in articles isn’t a true representation of what astrology is about because it only focuses on sun signs, a simplified version of the signs. This is defined as someone’s basic identity and ego, but that doesn’t guarantee a person will identify with the traits of their sun sign.

A person’s moon sign, defined as their emotional needs or ‘true self’ also comes into play. But most magazines don’t take these important factors into consideration which is why a description of the signs is often vague and inaccurate. A daily horoscope to someone who isn’t aware of the complexities within astrology can seem like a general description of people and their personalities.

Dr Dietrich van Heymann, a German theologist argued that astrology can be used to show “a picture of a person, his mental and physical abilities, his professions…”

In short, astrology can be used as a self-improvement tool. For example, Aries who are blunt can use this information to be more considerate and Geminis, who are known to be two-faced and restless can re-evaluate their actions. If Donald Trump had used astrology to better himself, he wouldn’t be as… problematic as he is now, to say the least.

Before scrolling past an article on the signs and brushing it off as ‘hippy-dippy nonsense’ consider how in depth astrology is — it’s more than what meets the eye.